Better Off Without You 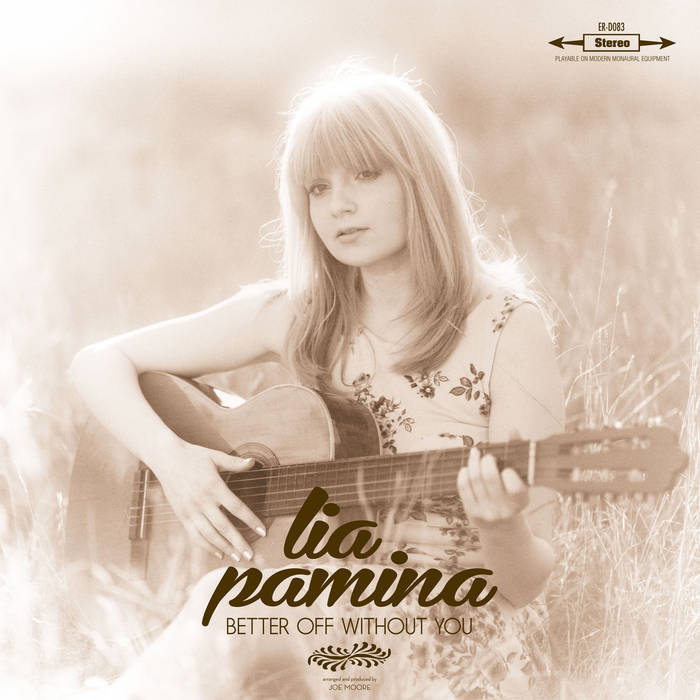 This Single is only available in digital format

These are good times. Lia Pamina’s first single is already a collector’s item. Joe Moore is super inspired with THE YEARNING’s and THE PERFECT KISS’ new releases. And Lia Pamina’s “Love Is Enough” album was the perfect communion of those two anxious spirits, creating an air of romanticism and delicacy, which has won over fans of Claudine Longet, Françoise Hardy and Astrud Gilberto. And the singles aren’t going to stop. For now, we have a digital single with two songs – the already known “Better Off Without You”, included on the LP, and the previously unreleased “Record Collection”, with both the lyrics and the music written by Lia herself.

“Better Off Without You” is a song that takes part in the best tradition of Scottish folk-pop, with CAMERA OBSCURA as a reference, and with her trademark delicious chorus and exquisite arrangements. “Record Collection” is an example of fifties pop where Lia Pamina pays her own homage to music, the love of music, and vinyl records. It is an agile and direct pop song, likeable and delicious.

The video, as before, is directed by Coral and Javi of the group BAND À PART, which is a total guarantee for these musical parameters. And this won’t be the last news about Lia Pamina and releases related to her debut album. Keep an eye out on your digital media.